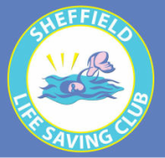 Competitors only are allowed in isolation. Mobile phones and other communication devices are not allowed in isolation. Once teams have entered isolation the only contact allowed will be with the SLSC official who passes on any official information and in the case of foreign competitors an exact interpretation of the same.  If it is deemed that a member of the audience is trying to communicate with a competitor then the team will be disqualified. We therefore ask that you remind parents to be quiet during this event as it could impact on their clubs performance in the event.

Penalties: Going into an out of Bounds Area (these areas will be highlighted during brief).

All team members will start in the water at the required distance from the pool side. On the starting signal number one swims freestyle to the side and picks up the already coiled rope and throws it to number two. Number two is positioned on the side of the distance marker rope nearest to number one ready to receive the rope. They must hold onto this rope with one hand until they have the rope thrown by number one in their other hand. The rope must not be reached for in another lane, i.e. the rope must be in your lane. This process is repeated until number four touches the side. Number four will not throw the rope and must stay in the water until the event has finished. There will be a time limit placed on the event specified below. The end of the rope may be passed to the next competitor but no other assistance is permitted.

Penalties: Number one must not have assistance from other team members when starting the race; person being towed not keeping their head out of the water; person being towed kicking whilst being pulled in; person waiting to be towed letting go of the distance marker rope before holding the towrope; person waiting to be towed retrieving the rope from another lane.

Disqualification: Person waiting to be towed pulling the distance marker rope to get closer to the poolside.

Two team members will be stationed at either end of the pool.

Swimmer one starts sat on poolside with body board on their knees. On the starting signal they swim one length of the pool. Swimmer one then passes the BB to swimmer two who is sitting on poolside.  Swimmer two then swims one length and then repeats the procedure with swimmer three, then four.

The race finishes when the fourth swimmer touches the poolside. Swimmer four should wait in the pool until the event finishes.

Penalties: Swimming without being on the body board.

Disqualification: Starting before previous competitor has touched to poolside; using the lane rope as an aid to completing a length.

Only Chin Tow or Extended Arm tow as described in the RLSS Survive & Save manual can be used in this event. Only the competitor towing needs to touch poolside at the end of the pool. No assistance must be given by the person being towed.

Penalties: Assistance from the person being towed, including kicking of legs and pushing off from the wall.

Disqualification: Starting before the previous competitor touches the poolside; use of a non-specified tow.

The first team member starts in the water and swims lifesaving leg kick (legs only), hands out of the water. No dolphin leg kick.

Number two swims one length breaststroke. Competitors may dive however only one pull and one kick is allowed under the water before surfacing.

Number three swims one length side stroke. No over arm action will be allowed (i.e. the arm of the swimmer nearest the surface must not raise above the water level). Competitors may dive however only one pull and one kick is allowed under the water before surfacing.

Number four swims one length freestyle. Competitors may dive but must surface within 12m.

Penalties:  Hands not out of the water or visible during lifesaving leg kick; more than one arm pull and leg kick on breaststroke or sidestroke start; arm nearest surface raised above the water level when doing sidestroke; surfacing after 12m of the pool for freestyle start.

Disqualification: Starting before previous competitor has touched the poolside.

All team members will start in the water, Competitor one will have both hands on the pool side and chest up to the wall.  Competitor one swims with both hands out of the water throughout the race (as if holding a head between both hands). Competitors two, three and four will have one hand on chin and one hand on shoulder of Competitors one, two and three respectively. The competitors then complete a 25m tow with the line unbroken. If the line of swimmers breaks they must stop and reform before continuing. When near the end of the pool, Competitor four may raise their arm above their head to touch the wall (this distance is at the Judge's discretion). The race finishes when Competitor four has their hand flat against the wall.

Penalties: Number one must keep hands out of the water at all times; any team member using their arms to pull through the water (sculling).

Disqualification: Continuing the race without reforming a broken chain of Competitors.